A portion of the donation was raised during the 2016 Sussex Bank Foundation Inc. Golf Outing. The event was held on May 23 at Crystal Springs, Wild Turkey. The mission of the SB Foundation, Inc., is to support the local charities in the communities they serve in order to make a positive impact and help them be an agent for good. 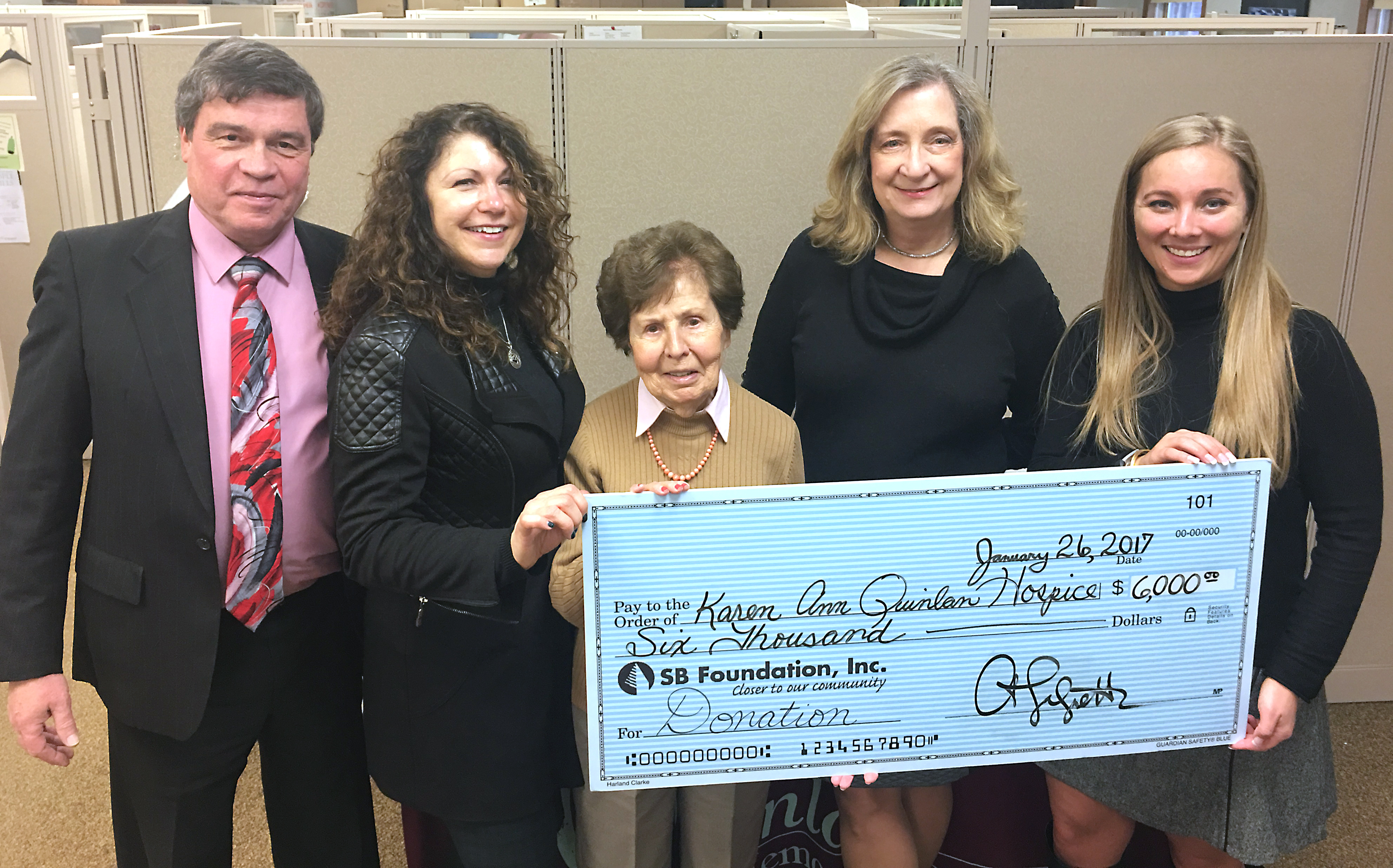 We would like to thank the SB Foundation Inc., for their generous donation and continued support and partnership.