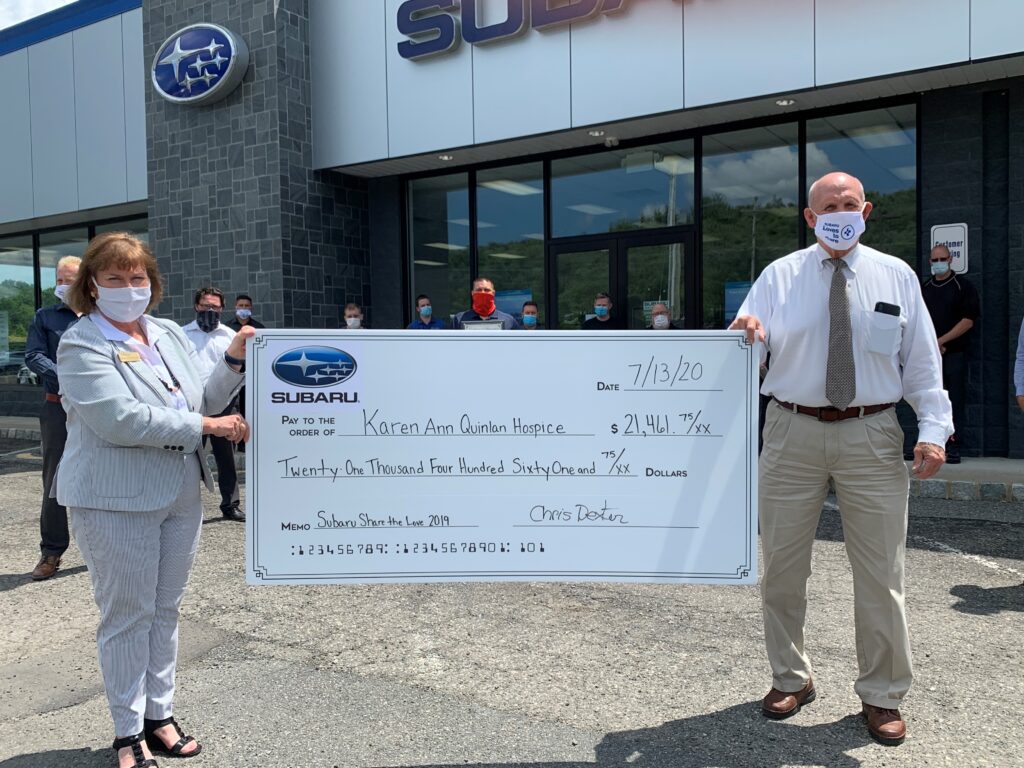 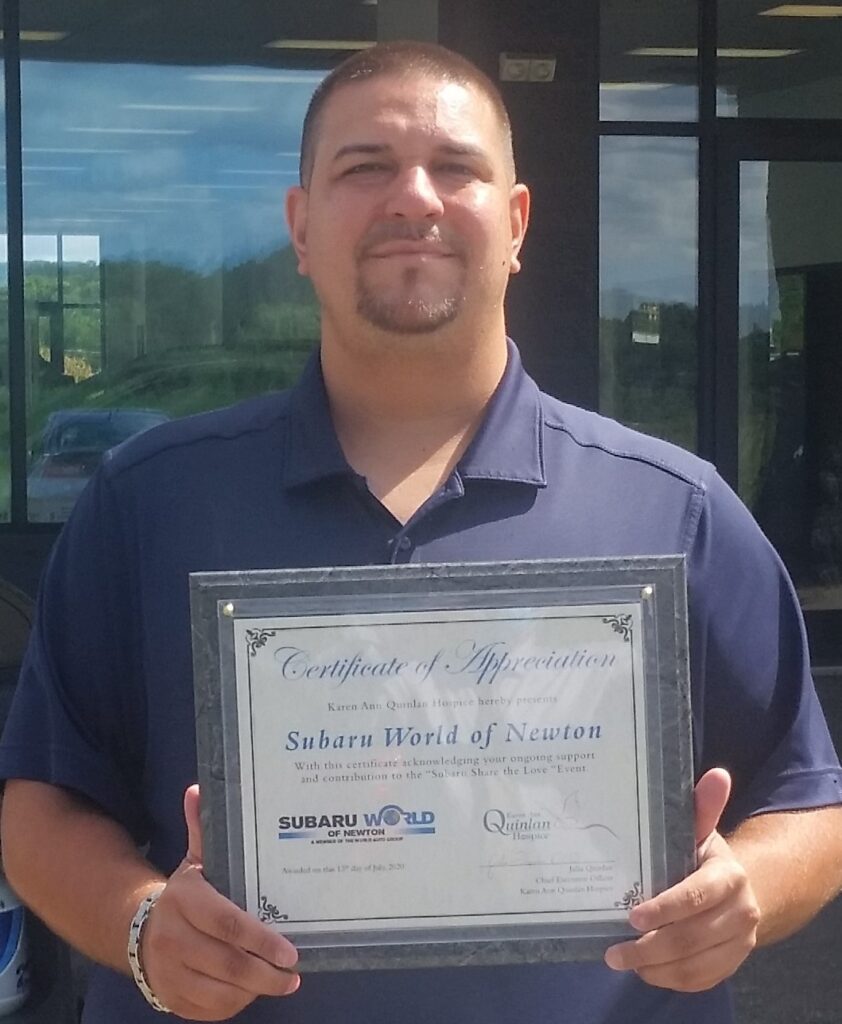 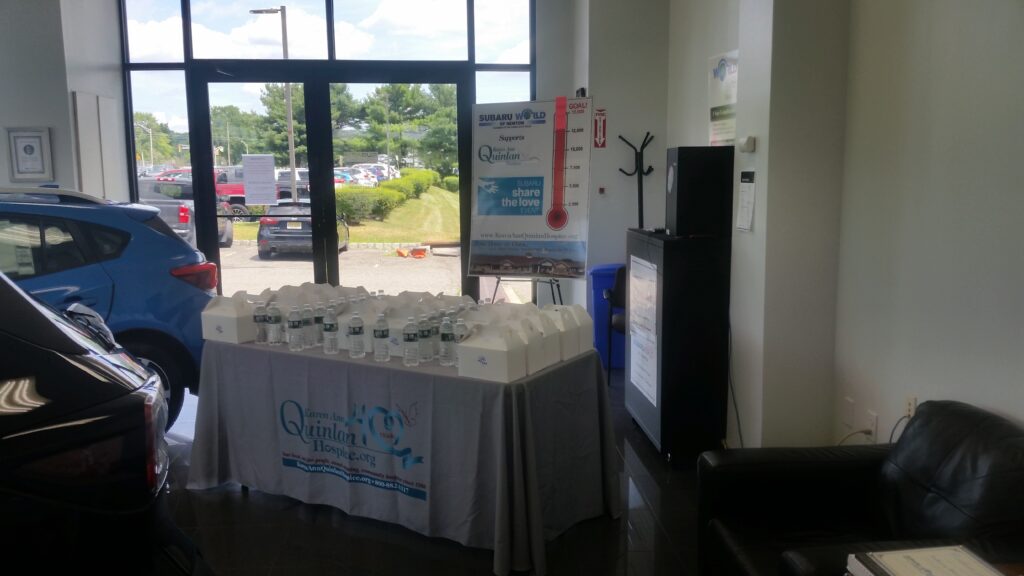 Newton, NJ – Subaru World of Newton presented a check for $21,461.75  to Marlina Schetting, Chief Operating Officer of Karen Ann Quinlan Hospice at the dealership showroom in Newton. Subaru World of Newton has proudly donated more than $100,000 to the Karen Ann Quinlan Hospice since 2015. Over the last 12 years, through the Share the Love Event, Subaru of America and its participating retailers have donated more than $176 million to charity, with customers choosing between four national and over 1,220 hometown charities.

The donation was the result of the “Subaru Shares the Love” Campaign.  2019 marked the twelfth anniversary of the event. “We believe in being a positive force in the communities where we live and work, not just with donations from initiatives like the Subaru Share the Love® Event, but with actions that set an example for others to follow,” said Chris Dexter, General Manager at Subaru World in Newton.

The “Subaru Shares the Love” Campaign had a kick-off “Dealer Appreciation Night” in early November 2019, presented by Karen Ann Quinlan Hospice and hosted at the dealership located at 84 Hampton House Rd, Newton. The public was invited to stop by for great discounts and incentives during the annual Black Friday Car Sales Event. Subaru World of Newton also held several buyer incentives at the kick-off.

From November 14, 2019 through January 2, 2020, Subaru donated $250 for every new Subaru vehicle purchased or leased at more than 632 participating Subaru retailers nationwide to the customer’s choice of a national charity or a pre-approved hometown charity. Karen Ann Quinlan Hospice was selected as the hometown charity to be the recipient of the campaign. This year, Michael Fernandez was recognized as the top salesperson during the Subaru Share the Love Event.

“Subaru World of Newton is a committed partner in the local community. We believe in building lifelong relationships with our customers, earning their trust and exceeding their expectations by providing customer service with integrity and compassion,’ said Dexter. “It’s our aim to spread the Love Promise as far as possible. That’s why we work with an organization like Karen Ann Quinlan Hospice who through the important work they do touch the lives of so many people in the community.”

Subaru of America is guided by the Subaru Love Promise, which is the company’s vision to show love and respect to everyone, and to support its communities and customers nationwide.

“We are so thankful for the continued support of Subaru of Newton,” said Marlina Schetting. “There are so many families in the communities we serve that will benefit from this generosity.”

The Karen Ann Quinlan Hospice is a not-for-profit organization which provide a full continuum of high quality medical, emotional and spiritual services to individuals requiring hospice, family members and the community.