How did one person’s tragedy affect us all? 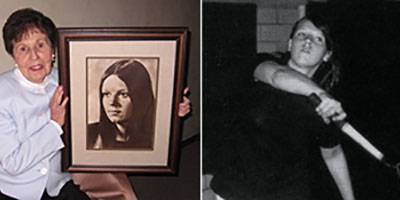 How did one person’s tragedy affect us all?

The story of Karen Ann Quinlan begins in Scranton, PA where she was born 3/29/1954; and where Joseph and Julia Quinlan, a self-described ordinary couple living in northern New Jersey, adopted her as an infant.

“ I remember the day I brought her home, she was such a joyful baby” described Julia Quinlan.

Before fast-forwarding to April 15, 1975, Karen Ann had enjoyed a loving home along with her two younger siblings Mary Ellen and John. According to Karen Ann’s mother she was funny, athletic, and loved music and sang with a “voice like Judy Collins”. In 1975 she was just starting out on her own with her family as a backdrop of support.

We will never know whether she may have grown up to be a mother, a teacher, a nurse, doctor, lawyer, or what ever other ambition so many of us had back then. If she was alive today getting ready to celebrate her 60th birthday, would we as a society have achieved the benefits of the right to die with dignity, and if so, when?

But Karen Ann’s fate was not to celebrate a 60th birthday with us; hers was to be placed on the world stage. Nothing she had asked for; but the world was about to meet Karen Ann along with her family.

On that tragic night of April 15th, 1975 Karen Ann’s roommates came home to find her lying unconscious and not breathing. After calling for an ambulance they feverishly applied mouth-to-mouth revival attempts with little success. There have been many speculations as to why Karen Ann fell into that coma, none of which have been empirically recognized by the medical field, they just knew she had stopped breathing and needed resuscitation.

The Quinlans were awoken at 2AM with a phone call and were told their daughter was in the hospital and they needed to get there right away! From that point on every parent’s nightmare became a reality for the family. What was wrong? Will she recover? All the common questions asked by parents in anguish over the serious illness of a child.

But it was the legal battle that engaged a nation and the world.

After the Quinlans were given the dire news their daughter was in what was called a persistent vegetative state (PVS), from which she would not recover, a decision had to be made. After much heart and soul searching and knowing Karen as they did, they concluded as a family that removing her from the artificial life support is what their daughter and sister would have wanted. But the hospital refused on several grounds; one was Karen Ann was considered emancipated with no legal guardian to make that decision for her. This resulted in the Quinlans needing to seek permission in a court of law to have the legal right to ask the hospital to remove Karen Ann from the respirator.

“Karen Ann’s plight became every woman” the Honorable Paul Armstrong, then attorney for the Quinlans has remarked. The nation was engrossed with the Quinlans battle to have their daughter relieved from the extraordinary means of life support so she could die in peace and with dignity. It stirred both emotional and lucid viewpoints as to defining the definition of death and dying and brought to the forefront how clearly technology was outpacing moral assumptions.

After much national press, 1000’s of letters, and TV interviews, the case was finally resolved in the Quinlans favor by the NJ Supreme Court on March 31st 1976. Just days after Karen Ann’s 22nd birthday the court ruled “No compelling interest of the state could compel Karen to endure the unendurable.”

Karen was free at last from the artificial life support machine that her mother remembers her fighting and struggling with, but additionally Karen Ann began to breathe on her own until she died of pneumonia on June 11, 1985; almost 10 years after being removed from the respirator.

But Karen Ann is with us on her 60th birthday; her name represents a cause that has given all of us the freedom to proclaim our right to die without the benefit or detriment of artificial life support. She also laid the groundwork for doctors to be free of medical ethical repercussions based on family and patient decisions when refusing extraneous means of life support. Medical Ethic boards now required in all medical institutions were a direct result of the Karen Ann Quinlan case, along with Living Wills and Advance Directives. “I think re-telling this story helps a younger generation understand the importance of this case,” Julia Quinlan reminded us.

Karen Ann is also our neighbor. Her family established a foundation and then a hospice in 1980; long before most knew what hospice care meant. With just a handful of volunteers and a small office in the local hospital, they began to care for the terminally ill coming from a place in their hearts. The Quinlans knew how they wanted their daughter to be cared for, visiting every day, and they transformed this empathy into a hospice that now provides end-of-life care in two states, NJ & PA.

Julia Quinlan recently turned 87 years old, has lectured throughout the US and is still active in making sure her daughter’s legacy can reach and help as many as possible. The Karen Ann Quinlan Memorial Foundation assures no one in need of hospice care is ever turned away regardless of ability to pay.

Quinlan is the co-author and author of two books; Karen Ann The Quinlans Tell Their Story and My Joy, My Sorrow, Karen Ann’s Mother Remembers.
In 1977 the Quinlans were the topic of a made for TV production, which aired on NBC, titled “In the Matter of Karen Ann Quinlan” with Piper Laurie and Brian Keith playing Julia and Joseph Quinlan.

In 2009 a documentary, “Saying Goodbye” was produced and tells the compelling story along with interviews from Julia, the Quinlan family and family advisors. The two DVD set also features an in-depth Q&A interview with the Honorable Paul Armstrong discussing the legal process of the landmark case. The DVD package is available for a donation of $150.00 which can be purchased through their website or call 800-882-1117. This documentary has been presented over the last two years at the Rutgers State University College of Nursing Conference held every April.

However the story does not end here; this year the Karen Ann Quinlan Home for Hospice will be completed; a long time dream of Julia Quinlan. The 10 patient room facility, now under construction in Fredon, NJ, overlooks the picturesque Waterwheel Farm with vistas of the Kittatinny Mountain range visible from each room. The Home for Hospice will offer a level of care that has not been available previously in the area. For the hospice patient who can no longer remain in his or her own home it will provide routine around-the-clock professional care, along with 24-hour visitation for family members and loved ones, including children. The home will also be available for short-term in-patient care aimed at symptom or pain management or temporary respite care to relieve caregivers.

A community who has responded to the vision of the Quinlans, and the memorial of Karen Ann is building this project. In keeping her memory alive, all of us who share in the belief that every moment of life is precious and should be lived to its fullest with dignity, hope and love stays alive.

So Happy Birthday Karen Ann, you are still with us in spirit and dedication; which is demonstrated every day through the Karen Ann Quinlan Hospice nurses, aides, and staff.

If you are interested in learning more about the Karen Ann Quinlan Home for Hospice or how you can help visit their website www.karenannquinlanhospice.org. You may also call the hospice from anywhere at 800-882-1117.