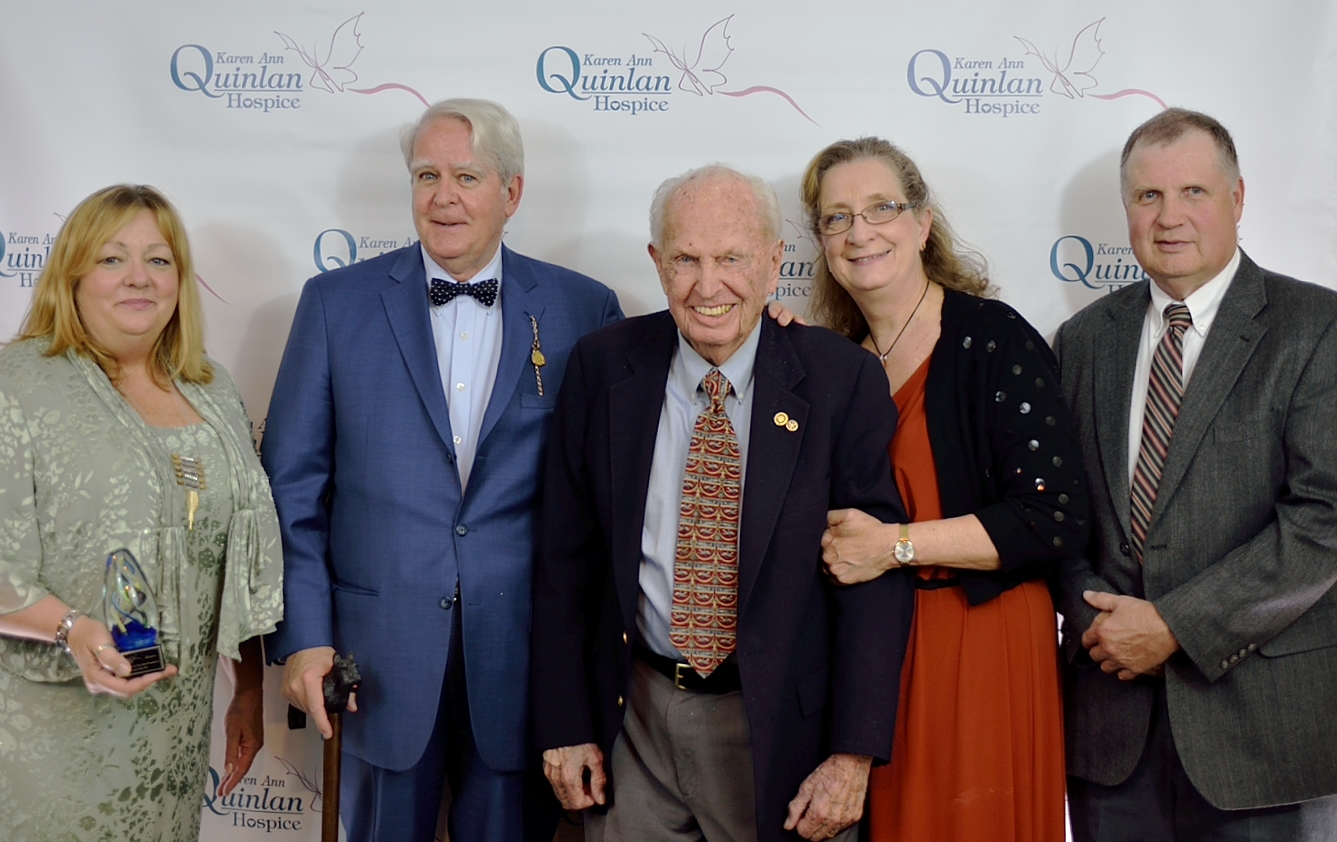 Karen Ann Quinlan Hospice’s friends, staff, volunteers and supporters joined together on April 28 at the Panther Valley Golf Club to celebrate those individuals who have advanced the cause of hospice in our community and beyond. Lucian Fletcher Jr., M.D., received the Founder Award for his almost four decades of service as a board member. Skip Klimas, owner of S.K. Paper Shred, received the Heart of Hospice Award for his tireless fundraising for hospice. Hospice volunteers Noel Balch and Frances Howe received the Spirit of Hospice Award for their almost 20 years of service as hospice volunteers. Sue Dell, RN, long-time nursing supervisor and clinical manager, received the Excellence in Care Award.

Cecelia T. Clayton, MPH, received the Excellence in Leadership Award for her service as executive director for more than a decade.

Honorable Paul W. Armstrong, J.S.C. (Ret.), received the Pioneer Award for his more than 40 years of work advancing the cause of patients’ rights.