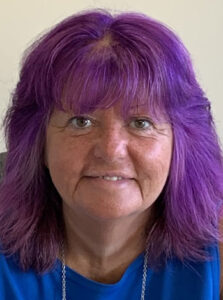 Lorri has been a counselor at the Joseph T. Quinlan Bereavement center for over 25 years making her a “seasoned” counselor. She is experienced in working with children, teens, and adults and feels it is a privilege to walk alongside those who are grieving. Lorri strives to empower her clients to find meaning and pleasure in their lives after loss. Throughout her time at the Bereavement Center Lorri has been a guest speaker at churches, hospitals, and schools within the community. Lorri has presented many trainings offered at the bereavement center such as Bereavement Facilitator Training, Karen Ann Quinlan Hospice Volunteer Training, and Healing in the Classroom.

Lorri takes great pride in the creation and implementation of the cutting-edge thematic Children’s Art Bereavement Program offered several times throughout the year for ages 6-12. This program teaches grief concepts in a fun, developmentally appropriate way for children to learn and remember as they process their feelings.

Lorri facilitates the Sussex County support groups on the first and third Wednesday of the month as well as the Newton High School support group.

Lorri graduated with a master’s degree in Counseling from Montclair State University in 1997. She is married with four children and two very special granddaughters. In her time away from the office, Lorri enjoys party planning, crafting, and summers. 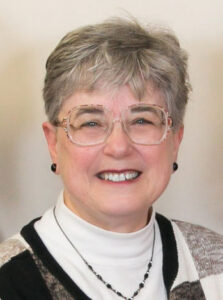 Nancy  is a Bereavement Counselor for Karen Ann Quinlan Hospice  and has been with the agency as a volunteer and employee since 2013.   She received her Master’s Degree in School Counseling from William Paterson University, is certified in Thanatology, and is a National Certified Counselor.  She is a New Jersey Licensed Professional Counselor, certified hospice volunteer, and is a member of the Association for Death Education and Counseling. 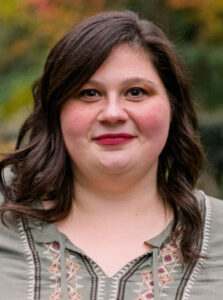 Angela joined the Joseph T. Quinlan Bereavement Center in September of 2020. Angela enjoys companioning those who have experienced a loss through cancer and other long-term, chronic illnesses. She is comfortable working with those who have experienced a loss through death in other manners as well. Angela holds a special place in her heart for companioning grieving young adults who are navigating life transitions but finds it rewarding and an honor to journey with all different types of people. She strives to empower grievers by creating a nurturing environment where they feel safe and comfortable to explore their loss.

Angela attended Ramapo College of New Jersey for both her graduate and undergraduate studies. She holds a Master of Social Work degree and Bachelor of Arts in Sociology. Angela is a Licensed Social Worker in the state of New Jersey and Pennsylvania and is working toward clinical licensure under the supervision of Marlina Schetting, MSW, LCSW, CT.

When Angela isn’t at work, she enjoys spending time with her cat and loved ones. Some of her hobbies and interests include crafting and listening to audiobooks. 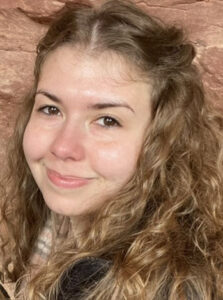 Melanie is a Licensed Associate Counselor (LAC) in the state of New Jersey. She earned a Master of Arts in Clinical Counseling from Centenary University. She also holds a Bachelor of Arts degree with honors in English Language and Literature from Fairleigh Dickinson University. Melanie is currently receiving clinical supervision in pursuit of her LPC.

Melanie joined the bereavement center as an intern in 2020 and was hired upon the completion of her degree. Melanie provides individual and group counseling. She runs the Warren County support group and co-facilitates the Pet Loss support group. She works with children, teens, and adults. Melanie hopes she can provide her clients a space where they feel seen, heard, and empowered to move through their grief process.

Outside of work Melanie enjoys reading, Formula 1 racing, and spending time with her two dogs.